My 47North author friend Steve McHugh recently published a novella in his Hellequin Chronicles series. Just in time for the holiday gift giving. For the historical fantasy lover in your life (who already has MY book, of course), I give you Infamous Reign :

In late 15th century England, two young princes are given over by Merlin to the protection of their uncle, King Richard III. They soon vanish from sight, igniting tales of their demise at Richard’s hand and breeding unrest throughout the land.

Nathanial Garrett, also known as Hellequin, is sent to London to decipher fact from rumor and uncovers a plot to replace the king. But his investigation quickly becomes personal when he learns that an old nemesis is involved. He soon finds himself racing against time to rescue the boys before their fate, and the fate of all England, is sealed in blood.

Infamous Reign is a novella in the bestselling Hellequin Chronicles series, mixing gritty and action-packed historical fantasy with ancient mythology. 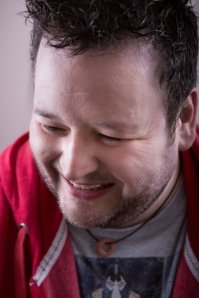 Steve McHugh has been writing from an early age, his first completed story an English lesson. Unfortunately, he had to have a chat with the head of the year about the violent content and bad language. The follow up ‘One boy and his frog’ was less concerning to his teachers. A decade that he started work on his first publishable novel – the action-packed Urban Fantasy, Crimes Against Magic.

Steve lives in Southampton on the south coast of England with his wife and three young daughters. When not writing or spending time with his kids, he enjoys watching movies, reading books and comics, and playing video games.