My name is Jason Sheehan and I am a science fiction writer. It hasn’t always been this way. I didn’t come to it by any normal path. And even to this day, actually saying out loud that I make up stories for a living is not an easy thing for me—mostly because of what I did before I became a professional nerd.

I’ve been an investigative journalist and a crime reporter. I covered the 2008 Democratic National Convention (mostly from the bars where the politicians and celebrities gathered after the day’s politicking was done) and almost lost a hand unwisely trying to feed a hippopotamus while reporting a story on the kitchen at the Denver zoo. I wanted to be a war correspondent like Michael Herr or Sebastian Junger, but ended up as a food writer, a restaurant critic and a food editor. I’m not complaining—getting paid to eat tacos for a living ain’t a bad way to make a buck—but the one thing that all of these things have in common is that they’re all journalism jobs. And journalists, first and foremost, are supposed to tell the truth.

And in my day job, I do. Always and without fail. But among journalists, admitting to writing fiction can be…weird. That you have it in you—the capability to tell a lie, to make up a quote, to write about a city being destroyed by giant robots which has not, in fact, been provably stomped flat by 100-foot-tall Kill-O-Bots (with cell phone video and on-the-record sources to back you up)—is, in some cases, taken as evidence of worse proclivities practiced in private. Admit it to the wrong old-school scribbler and they’ll look at you like you’ve just copped to being a serial masturbator or, worse, an untrustworthy voice. But the most common reaction is plain disbelief.

“How can you do it?” is the question I get asked most often when someone in the office puts two and two together and finally figures out that I really am the same Jason Sheehan putting out these widely unread books about robots and dinosaurs and spaceships. And what they really mean is, where do the stories come from? The people and their words? And how can you imagine things that aren’t really there?

Catch a journo in a talkative mood and, nearly to a man, they’ll tell you that the best thing about writing news stories is that it’s already all there—all the words, all the action, all the consequences. The job is not telling the story, but finding out the truth of what happened—the best and purest version of it. After that, it’s all just putting the words in the right order. The primary reason journalists don’t invent scenes or make up quotes is because it’s wrong, of course. Ethically and morally bankrupt in the worst kind of way. But the secret, secondary reason is that telling the truth is just easier. Get enough quotes from a source and the story is 80% written before you ever sit back down at your desk.

Anyway, writing about food, though a long walk from writing about crime or politics or other serious topics, is still journalism. And the reason I got into it (other than the obvious reason of having been a working chef for many years before I got my first writing job) is because writing about food really allows me to write about anything I want. With food as a frame or a lens, I can write about politics if the urge strikes me. I can easily write about crime. I can write about history and science and culture and hippopotamuses, all without going too far off the reservation. None of that is foreign to me. I can range wide, and often do.

But none of this really explains how
I ended up as the guy who can play by the rules in daylight, write honestly and forthrightly about foie gras and bourbon whiskey, and then, come nightfall, shed the guise of the mild-mannered food editor and get down to the dirty business of telling lies for money.

Is it that, as a boy, I fell hard for the pulp paperbacks that my dad used to keep on his bedside table? That I read some of the best and all of the worst science fiction of the 70’s and 80’s in a kind of fever because my dad was a big fan of ray guns and the local library and chose his reading material purely on the basis of the number of flaming spaceships, giant monsters and rock-jawed heroes displayed on the covers of the books he brought home? Absolutely. I caught the germ young and never shook it. That’s surely a part of it.

Is it that, as a young man, I started writing because I was lonely and then kept writing because I liked the worlds in my head better than the one I found myself in? Totally. I’m not sure there’s any writer out there who’d say different. My fiction predates my non-fiction by decades. I got a lot of practice on a lot of long nights and, later, used my black addiction to drown a couple other addictions I’d developed along the way, so that’s a piece of it, too.

But, strangely, I didn’t become serious about writing fiction until I became a journalist. My buddy Dave was a music writer in Denver. We were hired by the same paper around the same time and came up together. Neither of us had the credentials to be doing what we were doing professionally, so we both had a certain unease about our positions. He told me once that he kept himself sharp by reading everything but other music writers—lifting tricks and little bits of cleverness from sportswriters mostly, or national magazine pieces. Getting outside his own head and his own little world of rock shows and CD releases kept him sane and kept him fresh. Because I couldn’t stand reading most other food writers (we’re all a very precious and obsessive lot, and most days I can barely stand myself), I thought that was genius.

Around the same time, our boss—the paper’s editor-in-chief—admitted to me that she went home most nights and read “real literature” after a day of babysitting her flock of journos. She did it, she explained, to burn the gunk of journalism out of her head. To fill herself with beautiful words from the finest writers who ever lived to prove that not everything in the world was stories of city council elections and local weed busts.

This, too, seemed like wise counsel—a way to keep one’s self from getting bogged down in the mundane. And from those two pieces of disparate and sideways advice, I developed a habit of finishing my writing day with a bracing shot of the fantastic—of clearing out the pipes with something that was the dead opposite of what I did all day and getting as far outside my own head as I could by visiting other planets in my downtime.

Only instead of just reading science fiction, I wrote it. I considered it exercise. Staying strong against the daily grind of dinners and deadlines. When I scored my first book contract (for a memoir, of all things, about my life as a cook-turned-food-writer), I just added that to my plate. I’d work all day as a restaurant critic and editor, then turn to the book and then write about spaceships when everything else was said and done. Even if it was only a page or a paragraph, it was enough. It was a method for forcing myself to think orthogonally about words and voice and turns of phrase (which, to this day, makes me a better journalist and non-fiction writer), and a link back to the days when I would stay up all night reading Bradbury in my bed by the light of the streetlamp outside my bedroom window. When I read and wrote purely for the love of it, without any expectation of anyone but me ever inhabiting the worlds I was creating.

The first science fiction book I ever sold? It was the book I was writing, a paragraph at a time, while I was working on that memoir. It was the world I carried with me through Denver, to Seattle and, eventually, to Philadelphia—bouncing around the country, following the newspaper and magazine jobs wherever they took me and carving out an hour here and there for the breaking of rules and the telling of made-up stories. The second sci-fi book I sold came out of the same habit (and was mostly written while I was working on my second food book). And I’m sure the third will go the same way someday soon.

As it always has been, science fiction writing is my escape and my daily workout. It is my first love and my perfect retreat. I am a journalist by trade, but a liar by vocation. And as tough as it might be for some of my daylight colleagues to understand, I couldn’t do the one without the other. 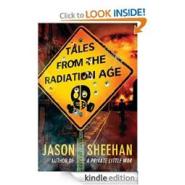 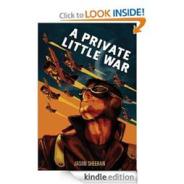